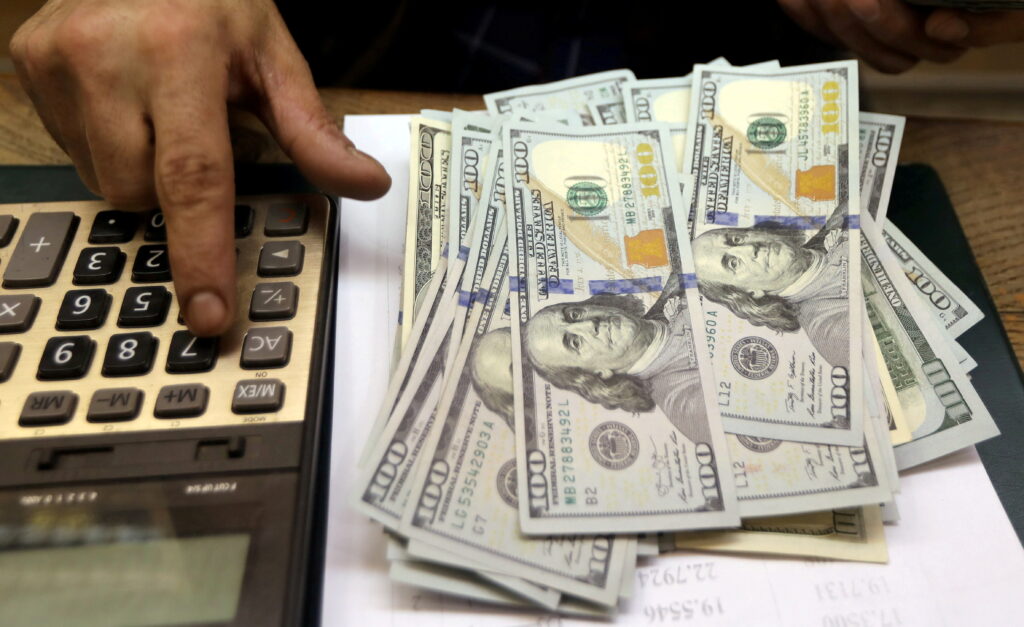 The dollar drifted lower in early European trade Monday, retreating from Friday’s peaks ahead of the release this week of key U.S. inflation data, potentially another test of the Federal Reserve’s thinking over the timing of interest rate hikes.At 2:55 AM ET (0755 GMT), the Dollar Index, which tracks the greenback against a basket of six other currencies, traded 0.1% lower at 94.252, having climbed as high as 94.645 on Friday, it’s highest level for over a year.Additionally, EUR/USD edged lower to 1.1564, staying just above the 15-month low of 1.1513 made on Friday, while USD/JPY rose 0.1% to 113.56, clawing back some of the ground lostlastweek. GBP/USD fell 0.1% to 1.3487, after falling as far as 1.3425 on Friday, a five-week low, in the wake of the Bank of England’s decision to hold rates unchanged.

The drift lower in the dollar in the wake of the Federal Reserve’s insistence that it would be “patient” in deciding when to raise rates even as it began tapering was abruptly reversed Friday following the strong payrolls release.The Fed had called for a further recovery in the labor market before it considered lifting its benchmark interest rates, and that’s what they received. October nonfarm payrolls increased by 531,000 jobs, and data for September was revised higher to show 312,000 jobs created instead of the previously reported 194,000.There are no fewer than six Fed officials due to speak Monday, which may give an idea as to how solid the consensus on future rates is at the central bank.This comes ahead of Wednesday’s release of the latest U.S. inflation data, which are expected to show consumer growth running hot, further testing the resolve of these central bankers.

“Inflation will broaden further and median CPI looks set to reach the highest y/y rate in modern times,” said analysts at Nordea, in a note. “To us, Fed rate hikes are only seven or eight months away.”Elsewhere, USD/CNY edged lower to 6.3976 after China’s export growth slowed in October but beat forecasts, helping to cushion weak import data which pointed to overall weakness in domestic demand.The Communist Party begins a meeting on Monday which is expected to lay the groundwork for a third term in charge for President Xi Jinping.