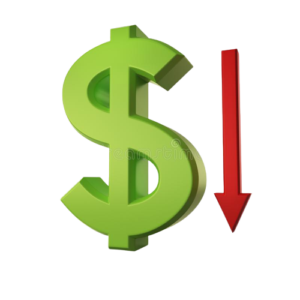 The dollar was down on Monday morning in Asia, but moves were small as growth fears continued to stalk markets.

China and Hong Kong are working on a trading arrangement to allow overseas investors to execute interest-rate derivatives with onshore traders.

In the U.S. and elsewhere, signs of economic weakness are becoming more apparent. The Atlantic Federal Reserve’s much-watched GDPNow forecast sees the second quarter running at a negative 2.1%, implying the country was already in a technical recession.

Despite the potential recession caused by tightening monetary policies, U.S. Federal Reserve Chair Jerome Powell reiterated last week the Fed’s resolution to tame red hot inflation. Now the market has priced in another hike of 75 basis points from the Fed this month.

“The Aussie and other commodity currencies and even euro and sterling will likely decline even more into the week, given markets currently are super-focused on the risk of a sharp slowdown in the global economy,” the Commonwealth Bank of Australia currency strategist Carol Kong told Reuters.

Australia’s central bank meets on Tuesday. Investors also await the minutes from the Fed’s June meeting, due on Wednesday, which are almost certain to sound hawkish given the Fed chose to hike rates by a super-sized 75 bps.