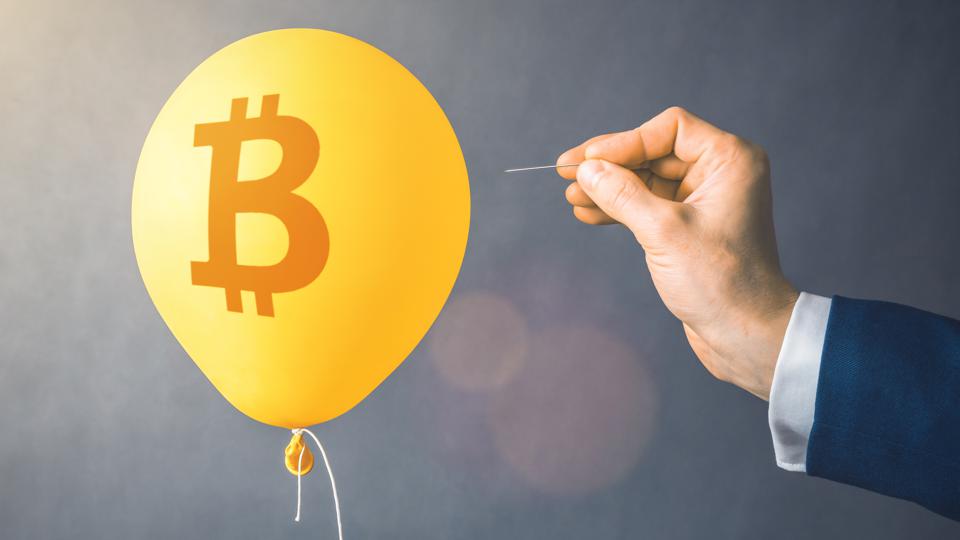 For a generation of alienated techies, crypto’s all-for-one ethos was its biggest draw. Now panic is spreading across this universe.

For a generation of alienated techies, crypto’s all-for-one ethos was its biggest draw. Now panic is spreading across this universe — and that same ethos is posing what may be the biggest threat yet to its survival.
What started this year in crypto markets as a “risk-off” bout of selling fueled by a Federal Reserve suddenly determined to rein in excesses has exposed a web of interconnectedness that looks a little like the tangle of derivatives that brought down the global financial system in 2008.

As Bitcoin slipped almost 70% from its record high, a panoply of altcoins also plummeted. The collapse of the Terra ecosystem — a much-hyped experiment in decentralized finance — began with its algorithmic stablecoin losing its peg to the US dollar, and ended with a bank run that made $40 billion of tokens virtually worthless.

Crypto collateral that seemed valuable enough to support loans one day became deeply discounted or illiquid, putting the fates of a previously invincible hedge fund and several high-profile lenders in doubt. The seeds that spawned the meltdown — greed, overuse of leverage, a dogmatic belief in “number go up” — aren’t anything new.

They’ve been present when virtually every other asset bubble popped. In crypto, though, and particularly at this exact moment, they are landing in a new and still largely unregulated industry all at once, with boundaries blurred and failsafes weakened by a conviction that everyone involved could get rich together.

Crypto has gone through several major drops in its history — known by its cognoscenti as “crypto winters” and to the rest of finance as a bear market — but the market’s expansion and increasing adoption from Main Street to Wall Street means more is at stake now. After crypto’s last two-year hibernation ended in 2020, the sector spiked to around $3 trillion in total assets last November, before plunging to less than $1 trillion. “It’s got a different flavor this time,” Jason Urban, co-head of trading at Galaxy Digital Holdings Ltd., said in an interview. Galaxy, the $2 billion digital-asset brokerage founded by billionaire Mike Novogratz, benefited immensely from crypto’s rise — but was also one of the industry’s most prominent investors in the Terra experiment. “Truthfully, it’s being a victim of your own success.”